Category Archives: My God is Compassionate

My God is Gracious and Merciful Psalm 86:15

Psalm 86:15 – But you, O Lord, are a God merciful and gracious, slow to anger and abounding in steadfast love

God is gracious and merciful. I don’t know about you, but sometimes I use these terms interchangeably. I don’t know if I even usually think about the difference between them. I was thinking, if there wasn’t a difference, why would the Psalmist use both words? To be poetic? Possibly, but I think the words were chosen more deliberately.

So what does mercy mean?

1. compassionate or kindly forbearance shown toward an offender, an enemy, or other person in one’s power;compassion, pity, or benevolence: Have mercy on the poor sinner.

2. the disposition to be compassionate or forbearing: an adversary wholly without mercy.

3. the discretionary power of a judge to pardon someone or to mitigate punishment, especially to send to prison rather than invoke the death penalty.
4. an act of kindness, compassion, or favor: She has performed countless small mercies for her friends and neighbors.
5. something that gives evidence of divine favor; blessing: It was just a mercy we had our seat belts on when it happened.
God is Merciful
Again, I love the study of words. It is amazing how full the word mercy is when you look at all its meanings. Having a merciful God means that he has compassion on me. He is compassionate without me deserving it. I may deserve death, but God is merciful to me and changes my sentence from death to life with Him in heaven. He performed His biggest act of mercy or compassion on me when He saved me from my sins by sending His son Jesus to die for me. I deserved to go to hell, because of my sins that turned me away from Him, but instead he was merciful and provided me a way out so that I might not end up in hell, but in heaven with Him.
God is Gracious
So we know that gracious and merciful often go together, so what can be added by including gracious to the list of who God is? Well let’s see if the definition of gracious helps us figure that out at all.
gra·cious
1. Characterized by kindness and warm courtesy.
2. Characterized by tact and propriety: responded to the insult with gracious humor.
3. Of a merciful or compassionate nature.
4. Condescendingly courteous; indulgent.
5. Characterized by charm or beauty; graceful.
6. Characterized by elegance and good taste: gracious living.
7. Archaic Enjoying favor or grace; acceptable or pleasing.
We see by the third definition that, yes, grace is closely related to mercy. Grace is to have that merciful nature, or should I say you can’t be gracious without having a merciful nature. I like the first definition of God being described as having kindness and a warm courtesy. Today I’m going to see my Great Aunt and Uncle. They have that gift. That kindness and warm courtesy. Maybe you know someone who has that too. How does it feel to enter their home. Are you uncomfortable? NO! They make you feel good and welcomed. God wants that for us as well. He’s not trying to make us feel bad, but instead he wants us to shed our old ways so we can have nothing standing in our own way from enjoying Him to the fullest.
It’s funny, while the other definitions may not seem like they are directly related to who God is, they too make a fuller, richer picture of what it means to be gracious, and all of those things are true about our Lord.
Merciful and Gracious
God is not only going to give us another chance at life, but He’s going to be gracious in the way He does it. Because of His mercy we are able to enjoy His favor and grace as He makes us acceptable and pleasing to Him. May we grow in grace and mercy for those around us as a reflection of the grace and mercy we have received.
Leave a comment

Posted by Jill Richard on September 4, 2012 in My God is Compassionate, My God is Gracious, My God is Merciful, Psalm 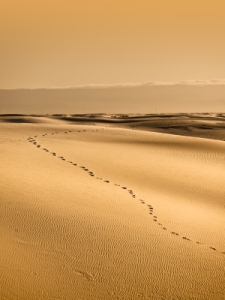 Nehemiah 9:16-21 – “But they, our ancestors, became arrogant and stiff-necked, and they did not obey your commands. They refused to listen and failed to remember the miracles you performed among them. They became stiff-necked and in their rebellion appointed a leader in order to return to their slavery. But you are a forgiving God, gracious and compassionate, slow to anger and abounding in love. Therefore you did not desert them, even when they cast for themselves an image of a calf and said, ‘This is your god, who brought you up out of Egypt,’ or when they committed awful blasphemies.

“Because of your great compassion you did not abandon them in the wilderness. By day the pillar of cloud did not fail to guide them on their path, nor the pillar of fire by night to shine on the way they were to take. You gave your good Spirit to instruct them. You did not withhold your manna from their mouths, and you gave them water for their thirst. For forty years you sustained them in the wilderness; they lacked nothing, their clothes did not wear out nor did their feet become swollen.

Because of your great compassion you did not abandon them in the wilderness.

Have you ever felt abandoned? Was it true? I know that for me there was a time when I felt abandoned. It was around October and November of 2001. Just after the tragedy of September 11. My husband was overseas, and I was home in Tucson (thousands of miles away from my parents and sister), with my twin 2 1/2-year-old boys. The boys wouldn’t sleep. I was worn out. The events in September had drained the country, and I was no different. I was sure the country would go to war quickly, meaning my husband wouldn’t be coming home on time, and I would be stuck with these boys who never sleep. Then it happened. I began to have the symptoms I would later find out were from Multiple Sclerosis. I felt like I was abandoned in the desert. I felt like my husband wasn’t there when I needed him, and my family too was far away. I felt like I was going it alone. Those who should be there for me weren’t. But during that time, the Lord revealed himself to me, and helped me to see I needed to rely on Him, not my husband or family. He sent me great friends who helped me through that time (Kara and Sharon). I believe now, the time in the desert was a truly transforming time for me. Drawing me closer not further away from God.

But they, our ancestors, became arrogant and stiff-necked, and they did not obey your commands.

When you are a Stiff Necked person, you are said to be arrogant or stubborn. I also see it as not being able to change your ways or be flexible. I can think of a lot of times in my life where I was being stubborn or arrogant. I may have thought I didn’t have as many sins as someone else, or that the Lord blessed me more, because of something I did, or didn’t do, but the truth is we’re all stiff-necked at times. Denying the Lord and what he has done for us. We think we know better than God and ask like the Israelites to go back into captivity. We romanticized the past and think that if only we could go back to high school or college. Those were the days. But the truth is all of our problems would follow us through space and time, because they are part of who we are. But God doesn’t hold our stiff-necked ways against us. He is compassionate and slow to anger.

Last night in our Bible Study, we were looking at Nehemiah 8-10, and discussed this portion for quite some time. One of the things we heard from a commentary was that we can not escape God’s discipline, but we also can not exhaust God’s Patience. I found that to be a truly comforting statement. That yes sometimes I get myself into a mess of trouble. That sometimes I find myself wandering around in the desert, seemingly going around in circles. But God is still there. He’s still ready to help me, console me and save me from my sins.

You gave your good Spirit to instruct them.

Lord, You have given me so much. I have been blessed even when I didn’t recognize it at the time. It is true that you have our best interest at heart, and that you will bring us through whatever desert we’re crossing. You’ll provide what we need. Lord send your Spirit to guide me and instruct me as I go forward in life trying to serve you.

Posted by Jill Richard on February 29, 2012 in My God is Compassionate