1 Chronicles 28:9 – And you, my son Solomon, acknowledge the God of your father, and serve him with 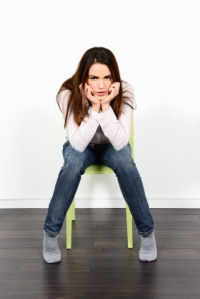 Wish someone would understand?

wholehearted devotion and with a willing mind, for the Lord searches every heart and understands every desire and every thought. If you seek him, he will be found by you; but if you forsake him, he will reject you forever.

There is no one who knows me better than God. There is no one who knows you better either. He searches every heart. Romans 8:27-28 reads, And he who searches our hearts knows the mind of the Spirit, because the Spirit intercedes for God’s people in accordance with the will of God. And we know that in all things God works for the good of those who love him, who have been called according to his purpose.

Understands every desire and every thought

He knows all our dreams, wants, fears, sins and successes. He knows our potential as well. But knowing it isn’t the whole story. He understands every thought and every desire. He gets me. And He gets you too. He understands. He knows your whole history. Everything you’ve gone through, all the pains, all the challenges and all the wonderful things that have happened as well. He loves you and wants to have a relationship with you.

If you seek him, he will be found by you

So who wouldn’t want to know someone who gets them better than anyone else. The one who can be there, understand and know what you’re really going through. God is the best friend we could ever have. He knows us, and understands us. How many of us at one time or another said, “I wish someone understood what I’m going through.” We do, and God promises if we seek Him, He will not be hidden from us. We will be able to find Him. He wants you to find Him. He wants to have a true relationship with you.

But if you forsake him, he will reject you forever.

This isn’t a fun part of the verse. People don’t like that God would reject someone, but who did it first. If you forsake Him, He understands you still. But He will reject you. There is hope though, because the moment you confess your belief in Him, He is found. Even if you have forsaken Him before, because you didn’t remain in that, He will be found by you. He understands you.

Do you want someone to truly understand you?

Posted by Jill Richard on March 1, 2013 in My God is Understanding

Tags: forsake him, found by you, God understands, know, reject you forever, understand, understanding, understands every desire and every thought