Daniel 3:29 – Therefore, I make this decree: If any people, whatever their race or nation or language, speak a 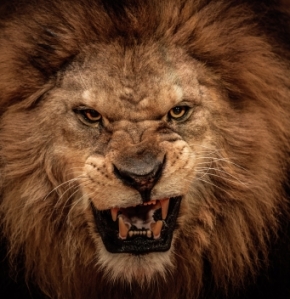 word against the God of Shadrach, Meshach, and Abednego, they will be torn limb from limb, and their houses will be turned into heaps of rubble. There is no other god who can rescue like this!”

Daniel 6:27 – He rescues and saves his people;
he performs miraculous signs and wonders
in the heavens and on earth.
He has rescued Daniel
from the power of the lions.

You are facing a lot of things right now. You have a lot on your plate. I know I do. I have relationships that give me trouble, trying to be successful at work, I have struggles with my health and the health of others all while trying to glorify the Lord and in general get my act together. We definitely all face our troubles.

Ever feel like you’re banging your head against the wall?

As I sit here writing this, I hear the crazy robin in our backyard. He keeps flying into our window. I think he’s eating fermented berries off our tree, sees his reflection in the window and picks a fight with himself. He’s been banging his head against the window so hard it now has blood all over it. I think sometimes we’re like this dumb bird (drunk or not). We see something that looks like a problem, and we try to fix it ourselves, but all we seem to do is keep hitting our head against the wall. Sometimes I think we even truly hurt ourselves, maybe even with some permanent damage. Trying to help, I’ve put our ladder in front of the window. Hopefully that will at least help him to know this isn’t the way to handle this problem.

Are you looking for answers?

So what is the answer? Sometimes our problems are so bad they seem like there’s no way out. That even God couldn’t fix the mess we’ve made. We feel like we’ve tried every possible option. Maybe we’ve tried every humanly possible option, but the verses I selected above are from two amazing stories; Daniel and the Lion’s den and Shadrach, Meshach, and Abednego being thrown into the fiery furnace. In both of these stories these men pissed off the King by not worshiping them or their god. Our first verse is King Nebuchadnezzar’s response to God saving Shadrach, Meshach and Abednego after they had been thrown in the fiery furnace for not worshiping the idol King Nebuchadnezzar had set up. The three had survived and come out unharmed from the furnace, and the king said, “There is no other god who can rescue like this!”. Then later Daniel was thrown into the lion’s den for not worshiping the king, but again the Lord rescued him and closed the mouth of the lion. King Darius sent this message to the people of every race and nation and said, ”

I decree that everyone throughout my kingdom should tremble with fear before the God of Daniel.

For he is the living God,
and he will endure forever.
His kingdom will never be destroyed,
and his rule will never end.
He rescues and saves his people;
he performs miraculous signs and wonders
in the heavens and on earth.
He has rescued Daniel
from the power of the lions.”

Feel like you’ve been raked over the coals or fed to the lions?

Don’t worry, no matter what you’re going through, God can rescue you. He will save you. We may try everything we can think of to fix a situation. We may think that there is no other way it can be fixed, but that’s only because we’re looking at human ways to fix things. God has his own ways. Ways that defy the normal laws of nature: Fire burns people or Lions eat meat when they’re hungry. These things didn’t work the way they usually do, because God is bigger than those problems, and He’s bigger than our problems too. Whatever you’re going through, whatever is weighing heavy on your heart, let God take care of it, because He can handle anything that’s going on in our lives. We can trust Him to care for us like He did Daniel, Shadrach, Meshach and Abednego.

Are you being raked over the coals?

Posted by Jill Richard on March 15, 2013 in My God is my rescuer, My God is rescuing