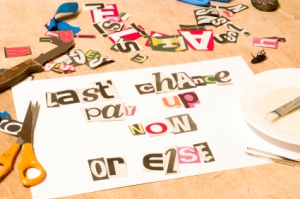 the end of those who are pleased with their lot. Selah
Like sheep they are appointed for Sheol;
Death shall be their shepherd;
straight to the grave they descend,
and their form shall waste away;
Sheol shall be their home.
But God will ransom my soul from the power of Sheol,
for he will receive me.

Such is the fate of the foolhardy

What happens to those who choose not to believe in Christ as their Savior? They have the fate of the foolhardy. The act foolishly, and are bold and adventurous. They ignore what they hear about the Lord, because they do not want to live by what the Lord says. They don’t want to have to change their ways. They use every excuse to ignore the tug and pull of the Holy Spirit on their hearts. Those who are content and pleased with how life is going without God are in the worst position. Those who have much often figure out that no matter how much they get they are not satisfied. It is those who have just enough that are really doomed. They don’t think they need the Lord. They think that they’re doing fine on their own and that even if it’s true (the whole God thing), they don’t need Him. But this is foolishness.

Death shall be their shepherd; straight to the grave they descend, and their form shall waste away

Their future is bleak. They are doomed to death. There is no hope for a future for them. Sheol is their future. The place of the dead. Their bodies will decay. Some say that’s just the natural order of things. There is nothing beyond death, and because they believe that, for them there is truth in that statement. But for those of us who do believe, we have hope. We have the joy in knowing there is more to life after death.

But God will ransom my soul from the power of Sheol,
for he will receive me

I am not doomed for a life in the place of the dead. I am going to the land of the living where my God will be waiting to receive me. How am I getting there? How do I rate such an upgrade? Not because of anything I did, but because Jesus Christ ransomed me from my doom. He paid the ultimate sacrifice to make sure that I could one day live with Him in heaven. That I would not spend eternity apart from Him, but that He would receive me. That He would meet me at the gate and treat me like one of His own. I have a hope and a future, beyond tomorrow, but forever.

Do you have hope?

Posted by Jill Richard on May 15, 2013 in Psalm, Uncategorized