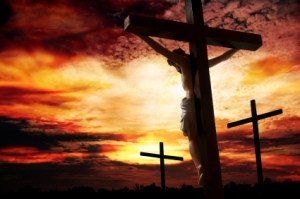 “The Lord is a warrior” these words were written by Moses after God had sent the Egyptian soldiers into the Red Sea. God had just secured the freedom of the Israelites, and you can practically hear Moses being overwhelmed with joy, awe and respect for the Lord.

: a man engaged or experienced in warfare; broadly : a person engaged in some struggle or conflict
Is God a pacifist?
I was just reading something today a friend posted about God being a pacifist. The post pointed
to the Sermon on the mount as evidence of this claim. I don’t know how I feel about that claim, but either way, God is still a warrior. It’s kind of like the phrase “Once a Marine, always a Marine”. God has won the war against the devil by His sacrificing of His Son Jesus. Jesus paid the ultimate price that all warriors know is a possibility. God sent Jesus so that the battle would be won. We would no longer have to be subject to the devil, and we could begin to live our lives full of forgiveness and grace.
God is a warrior
God took on flesh, became a man so that He could overcome the devil’s plots and plans to ruin our chances of spending eternity with God, something the devil had lost already. God showed the Devil that no matter what it took (even the death of His own Son), He was willing to do what was necessary. He fought for us. He fought the devil while being tempted in the desert, He fought the devil on the cross, and because of His bravery and sacrifice we have the hope of overcoming the devil daily in our lives as well as for eternity. We can spend our lives in service to the Lord because the Warrior has won the fight.

Tags: engaged in war, God is, God is a warrior, my god is, war, warrior