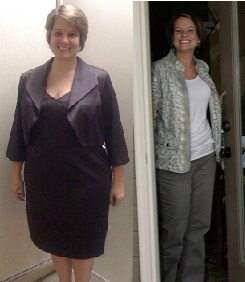 he inclined to me and heard my cry.
He drew me up from the desolate pit,
out of the miry bog,
and set my feet upon a rock,
making my steps secure.
He put a new song in my mouth,
a song of praise to our God.
Many will see and fear,
and put their trust in the Lord.

I waited patiently for the Lord

Three years ago I was talking to my friend and reflexologist, Lynn, and told her that I thought 2013 was going to be a good year for me. I just had a feeling that something was going to change in 2013. I didn’t know what it was going to be, but I really felt it was going to be good and a big change. I think I thought it was going to have something to do with my blog. Would I be discovered? Would I actually work toward my goal of being an author/speaker? That wasn’t it (although there are a few months left!). I waited patiently to find out what kind of change would be coming my way.

He inclined to me and heard my cry

For most of my life I have been insecure. I have thought that I don’t quite measure up. I struggled with self-worth and still have a tendency to talk poorly about myself. I am the butt of my own jokes. I minimize my accomplishments and maximize my failures. I have always had a strong relationship with the Lord, but things have been changing for me. When we made our move to Oregon, I packed on the pounds. This was no surprise. It was a sort of cycle I had. Whenever we moved I would lose weight before the move and put it on as the stress of moving, meeting new people and such would become overwhelming. This move was different. It was the first time we were moving someplace with no end date. We didn’t know when or if we would ever move again. I think I felt settled for the first time in a long time. It didn’t happen right away, but as I gained friends and became comfortable in my surroundings, I was finally in a position to work on getting past some things I’d been holding on to for too long.

He drew me up from the desolate pit, out of the miry bog,

Even now, thinking about the pain and sadness I felt almost everyday brings tears to my eyes. There were a lot of things that had to change. God led me to a counselor. She was amazing, and just what I needed. I confessed more of my life to her than I had revealed to anyone. God shed the baggage from me. God taught me to forgive fully and allow those who love me to love me without me doubting their truthfulness. God also supplied me with a doctor and we worked on balancing my hormones and getting me healthy. God gave me the opportunity to reduce my hours for work. God allowed me to connect more with my family, friends and those who needed my support.

He put a new song in my mouth, a song of praise to our God.

For years (37 or so) I was not enjoying all the Lord had given me. I probably still don’t have it down totally, but God is still working me towards righteousness. So what was so big about 2013? What changed? So many things changed that led up to 2013, but in 2013. Starting in January I began the quest with my friend Carol to take care of ourselves and lose weight. I have lost almost 50 lbs (49.7 to be accurate). People ask me how, and sadly my response is a lot of exercise and Weight Watchers, but the truth is without God I could not have done it. It is all those things He changed in my heart that led up to this place. I didn’t think I could ever weigh this weight again. I don’t think I’ve been this weight since my sophomore year in college.

Many will see and fear, and put their trust in the Lord.

Full confession. When I was writing this blog post, most of it was full of “I” did this or “I” did that, and suddenly I realized I was not praising God. I was praising myself. The truth is I don’t believe it was me alone. I believe the Lord has been with me each and every step from counselor to weight loss. God is the source of all that is good in my life. I pray that my life does bring glory to God. That people will see the work the Lord is doing in my life. They will see the transformation and know that God is the reason and maybe, by the grace of God they will put their trust in Him. Oh that I should be so blessed as to know the Lord had used me in that way. That really does make me cry (in a good way).

Posted by Jill Richard on October 21, 2013 in My God is drawing me up from a desolate pit, Psalm

Tags: a song of praise to our God, drew me up from the desolate pit, exercise, heard my cry, i waited patiently for the Lord, inclined to me, new song in my mouth, out of the miry bog, reflexologist Lynn Woodley, see and fear, trust in the Lord, weight watchers