Romans 11:33: “Oh, how great are God’s riches and wisdom and knowledge! How impossible it is for us to understand His decisions and His ways!” 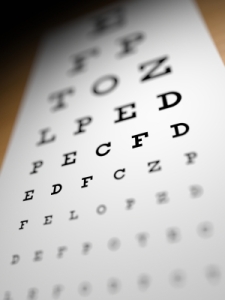 This wasn’t how things were supposed to turn out.
When I was young, I wanted to be a teacher. I think it was mainly because my Dad was a teacher, and a really good one. I had my eye on the prize. And I did become a teacher. I had great students, parents and the other teachers were wonderful. But after a year and a half, my husband and I were sent to England with his job in the military. In England I would have had to take a year of classes to even teach there, and we were only staying for three, so I didn’t pursue it any further. It didn’t really work out the way I expected. I actually thought about teaching more years than I taught.

Hindsight is 20/20 they say, and while I wouldn’t say we always get the reasons clearly revealed to us, I would say that the Lord has certainly used my short stint as a teacher for my best. You see as a trained church teacher, I was sent to Idaho. Now this girl was not even thinking about going to Idaho. But if that’s where God wanted me, I was willing to go. While I was there (for that whole year and a half). I met my husband. He’s 8 years older than me, and if I had met him before this time, I wouldn’t have been old enough to really be considered as someone he would want to date. But now I was a young woman. I had a career, and loved my job. These are things he found attractive about me (maybe not the only things).

Again God did things differently than I expected

My husband had been stationed in Idaho for 8 years when I met him. He thought they had forgotten about him. Our plan was to stay and have me teach there for as long as we could. As soon as we got engaged (a mere nine months after meeting) he got orders to England. Amazing. I had always hoped to go overseas, but until meeting my husband, I didn’t have any reason to think I would get there. Now I was going to live there. Amazing.  But that also meant leaving a place I had grown to love in a very short time. But it did feel like God was moving us along, not really our own will.

Some things we may never understand (until we get to heaven)

Shortly after we were married, we found out that we were pregnant. It was quick. I was so worn out, and feeling sick. I didn’t know what was going on with me. I could hardly stay awake at staff devotions (this is when the pastor and his wife knew I was pregnant). A week or so later, I took the test. We were shocked. We really hadn’t expected to start a family so quickly, but if that was God’s will we were going to go with it. Unfortunately a few weeks later I suffered a miscarriage. I was only seven weeks along, and some would say it’s not even a baby yet, but we were in love with our little one already. I don’t know if I’ll ever know why we didn’t get to meet that little one, but God knows, and though I don’t understand, I know He is wiser and more understanding than I ever could be and I can trust He can use it to work for my good.

What have you understood more looking back?

Is there anything that became clearer for you with the 20/20 hindsight view? Have you seen the Lord’s work after the fact? Maybe you’re going through something now. Hopefully the verse above will bring you some comfort knowing that the Lord is wise and that it’s natural for us not to understand his ways sometimes. That doesn’t mean we don’t necessarily have to stop believing when His ways don’t make sense to us.

Proverbs 3:19-20 – By wisdom the LORD laid the earth’s foundations, by understanding he set the heavens in place by his knowledge the watery depths were divided, and the clouds let drop the dew.

My God is Wise!

Why is it important that my God is Wise? It’s important, becasue if my Lord wasn’t wise, I wouldn’t be able to trust Him. But I can. In this verse from Proverbs, I’m assured of his wisdom in design on the earth, but throughout the Bible, we also see that people are given Wisdom from the Lord. To me that means He has an over abundance of wisdom, and has always been a valid source for gaining more wisdom.

Proverbs 19:21 (NKJV) There are many plans in a man’s heart, Nevertheless the Lord’s counsel; that will stand.

The beauty of the Lord’s wisdom is that we are able to get a glimpse of it through everything in the Bible. I’ve often had the discussion with people about how to know what the right option is in any given situation. What should I do? I don’t claim to know the answer to all problems of the world, but because my Lord is wise, I don’t have to worry. This verse in proverbs says that the Lord’s counsel will stand. So I search the scripture, trust God and go forward full force, leaning on the promise that all things work for the good of those that love Him (Romans 8:28).

How have you seen God’s Wisdom displayed in your life?

Posted by Jill Richard on August 8, 2011 in God is Wise, Proverbs